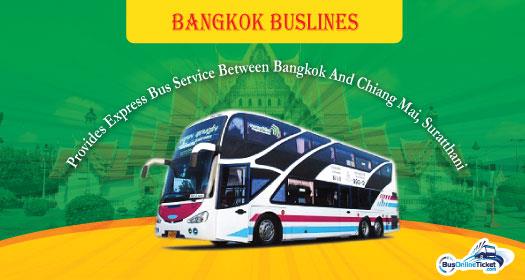 Bangkok Busline is one of the well-known bus operators that offer express bus service between Bangkok and Chiang Mai. Their departure point is conveniently located at Morchit bus terminal, which is the largest bus terminal in Bangkok. As for the arrival location, Bangkok Busline arrives at Chiang Mai Arcade bus terminal. The bus fare is reasonably priced in the range of THB550 to THB850, depending on the bus type. The bus types that offer more comfort and seat space will be priced slightly higher. Most of their bus services between Bangkok and Chiang Mai are in the evening due to the passengers' preference.