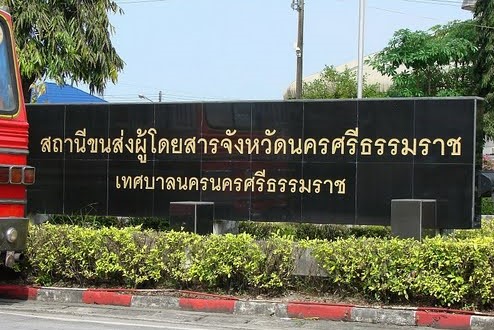 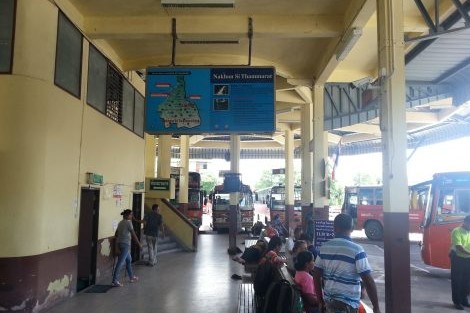 Nakhon Si Thammarat as the second largest city in Southern Thailand after Hat Yai, has a large population.The province boasts many undeveloped beaches as well as two national parks within an interior of verdant jungles abundant with luxuriant vegetation, beautiful waterfalls, and exotic wildlife.

The city of Nakhon Si Thammarat is the capital of the province. It is about 610 km. south of Bangkok, on the east coast of the Malay Peninsula. The city is one of the most ancient cities of Thailand, previously Kingdom of Ligor, and contains many buildings and ruins of historical significance.

The frequent bus schedule from Bangkok to Nakhon Si Thammarat offers flexible traveling time for passengers. The first bus starts as early as morning 7:00AM and the last bus leave the boarding point at 7:50PM.

HOW TO GET NAKHON SI THAMMARAT BUS TERMINAL

You can reach Nakhon Si Thammarat Bus Terminal from Nakhon Si Thammarat either by taking a motorbike taxi about cost 50 THB from most parts of the city or by shared songthaew taxi. Some of the city songthaew, which are coloured light blue or white, travel the route to the bus station from the Ratchadamnoen Road, which is the main road running North to South through the city past the train station. If you can find the right shared taxi then the journey to the bus station will cost you only 10 THB. There are also meter taxis in Nakhon Si Thammarat which wait outside the train station and major attractions such as Wat Phra Mahathat.

There are very few amenities at Nakhon Si Thammarat Bus Terminal. If you need to buy anything more than a drink or packet of crisps for your journey then you need to visit the shops in the city before getting to the terminal. Free toilets inside the bus station and a single shop selling drinks and snacks on the bus platforms and some of Thai food restaurants selling noodles and pre-cooked dishes outside the bus station.