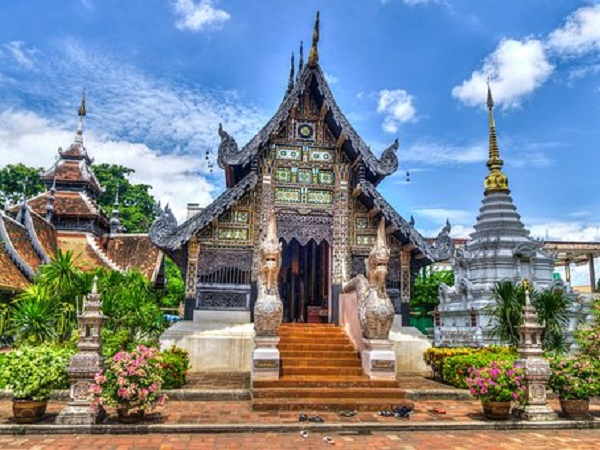 Chiang Mai is the largest city in Northern Thailand and it is located 700 km to the north of Bangkok near the highest mountain in the country. There are hundreds of Buddhist Temples in Chiang Mai that you can visit. A popular way to travel is by taking bus to Chiang Mai because the air-conditioned berth type train ticket is more expensive. Taking bus to Chiang Mai is more comfortable and the price is more affordable. Moreover, it is now more convenient to book the bus tickets to Chiang Mai at BusOnlineTicket.co.th with instant confirmation.

Pick-up and Drop-off Points for Bus in Chiang Mai

Although there are several drop-off spots in Chiang Mai, most express buses will make pick-ups and drop offs at these locations:

Songthaew is one of the popular transportation in Chiang Mai because walking from one place to another place during the hot day is not easy. It is easy where you can just tell the driver where you want to go and when you have reached your destination, you can just pay the driver. Songthaews in Chiang Mai can be divided into 6 colours which is Red, Yellow, White, Blue, Green and Orange colours. The different colours of songthaew indicates different directions and routes.

Chiang Mai was written as “Chiengmai” or “Chiangmai”, which means “New City”. It is a unique place that is well-known for its rich culture and as shopping haven in Thailand. There are several places to visit in Chiang Mai, Thailand:

Book your ticket for Bus to Chiang Mai today!