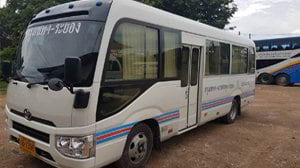 Rayong Tour is a van transport service company based in Rayong, Thailand. The bus services offered by Rayong Tour are van service from Bangkok to Rayong and from Rayong to Bangkok.