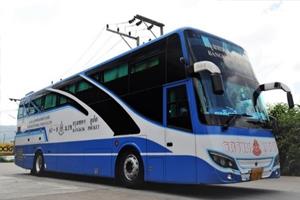 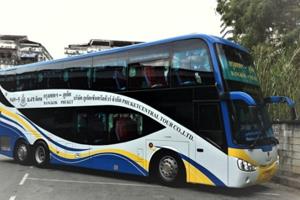 Bus from Bangkok to Phuket and Bus from Phuket to Bangkok

There are 3 types of bus used by Phuket Central Tour: express bus, 24-seat VIP bus, and 32-seat VIP bus. Phuket Central Tour bus is fully furnished with adjustable seats, cushion, and spacious legroom. The bus company will distribute complimentary drinking water and snacks on departure. Food and washroom break will be given during the bus journey.

The check-in counters of Phuket Central Tour are as follows: